The 30,501 square foot Bristol Farms market will anchor the center, along with an existing CVS Drug Store. Patrick Conway at Regency confirmed the lease was signed and that Regency would also be moving forward with plans to simultaneously remodel the entire center.

Tim Genske of Cypress Retail Group represented Bristol Farms in the transaction as the only broker of record. Genske acknowledged “Cypress has been working for several years to find the right locations in the San Fernando Valley for Bristol Farms, and Bristol executives believe this is a tremendous location for the first valley store. The store is located adjacent the 101 Freeway, and the location allows Bristol to serve our customers in both Woodland Hills and Calabasas, as well as the West Hills/Hidden Hills communities north of the 101 freeway. The store will also be a replacement for the Westlake Village store which Bristol is closing. Our core customers in Westlake Village can get to this store in 15-20 minutes via the freeway if they can travel to the store outside weekday rush-hour traffic times.”

Bristol Farms has collected a long string of accolades since the first store opened in 1982 in Rolling Hills, CA. Zagat’s Marketplace Survey rated Bristol Farms as the number one market in overall quality and service; stores were described as “a shopper’s beautiful dream with wide aisles, helpful staff, and beautiful presentations.” 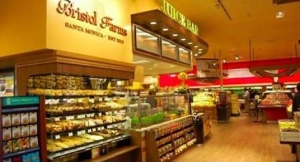 Bristol Farms operates 12 stores in California. Bristol Farms Parent Company, Good Foods Holdings also owns and operates Lazy Acres Market in Santa Barbara and Long Beach. The company is growing and will be announcing several other store openings from Los Angeles to San Diego in the next 24 months.

The Woodland Hills store is scheduled to open late this year.